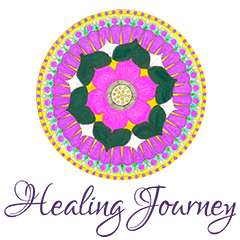 This title might deter a few readers. However, after both my mentor and my father dying this year, I have to look death in the eye.

I have decided to accept it as a teacher, rather than a taboo that it has been until recently. There is much to be learnt from the process of dying. Just like the birth does, death comes in it’s own time and takes over a person’s life. As a result, it also makes a lasting change in the lives of everyone that knows and loves the deceased person. But, how do we deal with the fact that someone has gone from this plane of existence for ever? How long does it take to get over someone’s passing? Do we ever get completely over someone’s death or is it just that we have to learn to live with it?

One evening, in an attempt to find any sort of guidance as to how to deal with my grief, a friend recommended a book “Die wise” by Stephen Jenkinson. I looked it up straight away and found a number of interviews done on him, where he goes into the depth and his background knowledge on the subject. He has been working in palliative care for decades and has decided to write the book based on his interactions with the dying and their families, as well as from a perspective of palliative care personnel. He tackles with the fact that we (our modern society) have detached ourselves from the fact that we all have to die one day. We use modern research and medicine to combat the process of ageing and dying. We don’t see it as a natural part of life, but as almost a disease or a condition that we have to fight or at least delay as much as possible.

Both my father and my mentor died in pain. They were fighters and they gave their all to be able to carry on for as long as was possible. Both of them had people around who were trying to help look after them. They took various kinds of medication (both conventional and alternative), changed their diet and deepened their spiritual beliefs. And just when it seemed like they were going to pull out of the dying process, they passed away.

Jenkinson made an interesting observation that in the eyes of a child, death isn’t traumatic. Children can see that a person is changing and that things are different about a dying person, but they don’t think about the death and therefore don’t grieve. They watch everyone and everything involved and learn from it. They are present in each moment and don’t worry about the future.

Unlike children, I worried about the death of my father years in advance. I would wake up and have the thought in my head that he died. I would then call home to make sure that everything is ok. And, ironically, on the day that he died, I had no premonition. The last time I spoke to him he sounded almost like his old self and I was certain that he was winning against the inevitable.

My father was a warmhearted man who always thought about other people first, who loved his family and friends, who always had great advice, who knew how to calm me down and who I felt unconditional love and understanding from. Those are the gifts that will stay with me forever and I can hope and try to make others feel the same way that he made me feel. Because, feelings and memories are the things that we take everywhere with us, even when we pass on. They change us and shape us as deep as becoming a part of our soul. So, I will finish with that thought and a saying from my mentor, which is:

Love and light to you all,